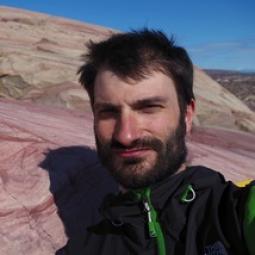 GEOL 5336 - Sedimentary Geology in the Field

Alessandro is a fluvial sedimentologist currently investigating Precambrian to Palaeozoic river morphodynamics in various areas including Arctic and Atlantic Canada, UK, and northern Europe. He is also interested in the study of extra-terrestrial landscapes and modern-analogue modelling of rivers that predated the greening of continents. Alessandro has authored 34 peer-reviewed publications and currently serves as Associate Editor for the Journal of Sedimentary Research.

Morphodynamic evolution of the Kicking Horse River, BC; An integration of ground-penetrating radar, remote sensing and gauging record analysis

Precambrian sedimentology and geochronology of the Torridonian succession, NW highlands of Scotland

GEOL 5336 - Sedimentary Geology in the Field