Joshua jokingly calls himself the over-educated prospector. Prior to beginning his education and his career prospecting in the Yukon, Joshua grew up on family stories about bush work and mining. “I romanticized these, and they drew me in.” – Joshua Bailey.

“My great-grandfather Big Bill Davidson was a gold mine developer in the Bridge River valley of BC during the depression. Then, both my parents worked underground at Keno Hill during the 1970s, where I was born. In fact, my mother was the first woman miner underground at Keno and many of the superstitious old-timers declined to work with her. When I was three or four, my step-dad was a prospector and I remember him stopping and panning for gold in just about every creek. Later-on my two oldest brothers both worked as miners underground and as drillers in the bush.” –Joshua Bailey.

Taking the first opportunity to get out in the field 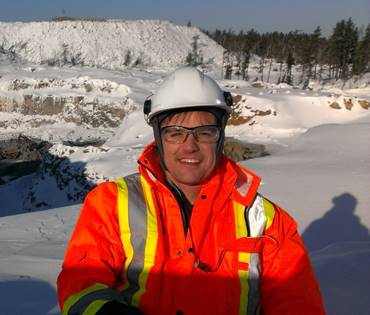 Joshua dove into work after high school, out in the field, in roles ranging from construction jobs, soil/stream sediment sampling, to helping with seismic and gravity surveys. He learned from great mentors along the way, with one comment in particular that stuck with him and still frames his approach to work today.

“remember it’s not a job, it’s an adventure”

After sleeping under a tarp out in the field and waking up to a fresh coat of snow on the ground, his mentor told him “remember it’s not a job, it’s an adventure”.

Joshua was presented with a great opportunity to work out in the field on the condition that he applied to University. That’s when he decided to apply for a BSc at Memorial University of Newfoundland. He continued his education and completed an MSc at Laurentian University working on a project at the Thayer Lindsley mine in Sudbury, funded by NSERC and Falconbridge Exploration.

“I handed in my thesis on a Friday and started Monday with Wallbridge Mining as a project geologist.”

“In December 2004, I handed in my thesis at Laurentian University on a Friday and started Monday with Wallbridge Mining as a project geologist. I worked my way to become VP Exploration from 2011 to 2017. Those thirteen years at Wallbridge were hugely formative and I remain grateful for the opportunities I had to work and build friendships with such high-quality people.”

“During this time, I became a passionate advocate for the minerals industry, volunteering as President and on the board of both the Sudbury Prospectors and Developers Association and the Ontario Prospectors Association. I also completed my MBA online in the evenings and weekends through Athabasca University. I remain fascinated by financial concepts such as “economic value” and “cost of capital” and the implications they have for the risk/reward profile and economics of mineral exploration.” – Joshua Bailey 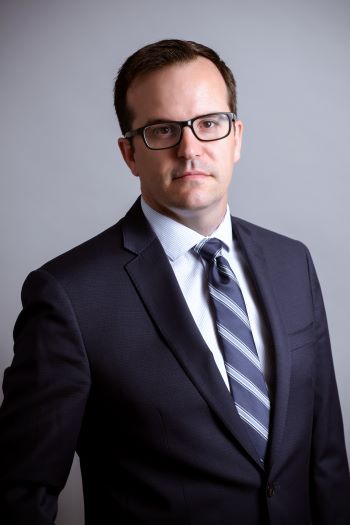 In January 2018, Joshua returned to his roots as a prospector and bought into Exiro Minerals. He is now working to build Exiro with his business partner and CEO, Shastri Ramnath, and their board which is Chaired by Catharine Farrow. Exiro is a private company that identifies high-quality exploration opportunities and builds partnerships and new ventures to de-risk the opportunities and create wealth through discovery. Their focus is multi-commodity and global and they value courageous leadership, unconventional thinking, business discipline, and technical excellence.

“We believe that large Tier 1 deposits remain to be found and that declining discovery rates in the industry are due to the prevalence of short-term thinking. The industry is heavily incentivised to make short-term, low-risk bets that yield incremental gains. Given the risks inherent in exploration, the target has to be very significant, particularly during the earlier stages.” – Joshua Bailey.

Exiro Minerals is unique in that they collect and preserve historical paper exploration data. They see value in preserving these old documents and often find that the older pre-digital geology is of better quality. For anyone looking to preserve old exploration files, Exiro Minerals will scan and catalogue these at no cost in exchange for keeping a copy in their collection.

“Exiro is very proud to be a member of MERC and we are excited about the great research initiatives underway, including Metal Earth. I have personally been involved with numerous collaborations with MERC since I completed my MSc there, including initiating, sponsoring and supervising multiple research projects at the undergraduate and graduate level.”

“MERC is at the head of a very small number of centres worldwide which are focused on solving practical questions about mineral exploration that are relevant to industry. Its very valuable and we keep a very close eye on the work that MERC is doing. We’ve made extensive use of the recent geological compilation map of the Superior Province which MERC published and also participate in the high-quality public lectures, short courses, and field trips that are offered.”