Jonathan Sutton defended his MSc Geology thesis today and we would like to congratulate him on a successful defense and public thesis presentation! We are especially proud because Jonathan started his geological training at Laurentian University as a BSc Earth Sciences freshman in 2013.

Jonathan received his H.B.Sc. Earth Sciences degree at Laurentian University’s Harquail School of Earth Sciences in 2017. He was awarded the Society of Economic Geologist Canadian Foundation (SEGCF) undergraduate research award for his undergrad thesis. His undergraduate thesis, titled “The evolution, variations and implications of groundmass spinels within contrasting Kimberlite facies”, was supervised by Dr. Andy McDonald and associated with De Beers Group.

Faculty, staff and researchers at the Harquail School of Earth Sciences and the Mineral Exploration Research Centre wish Jonathan the best of success in his career as an exploration geologist! 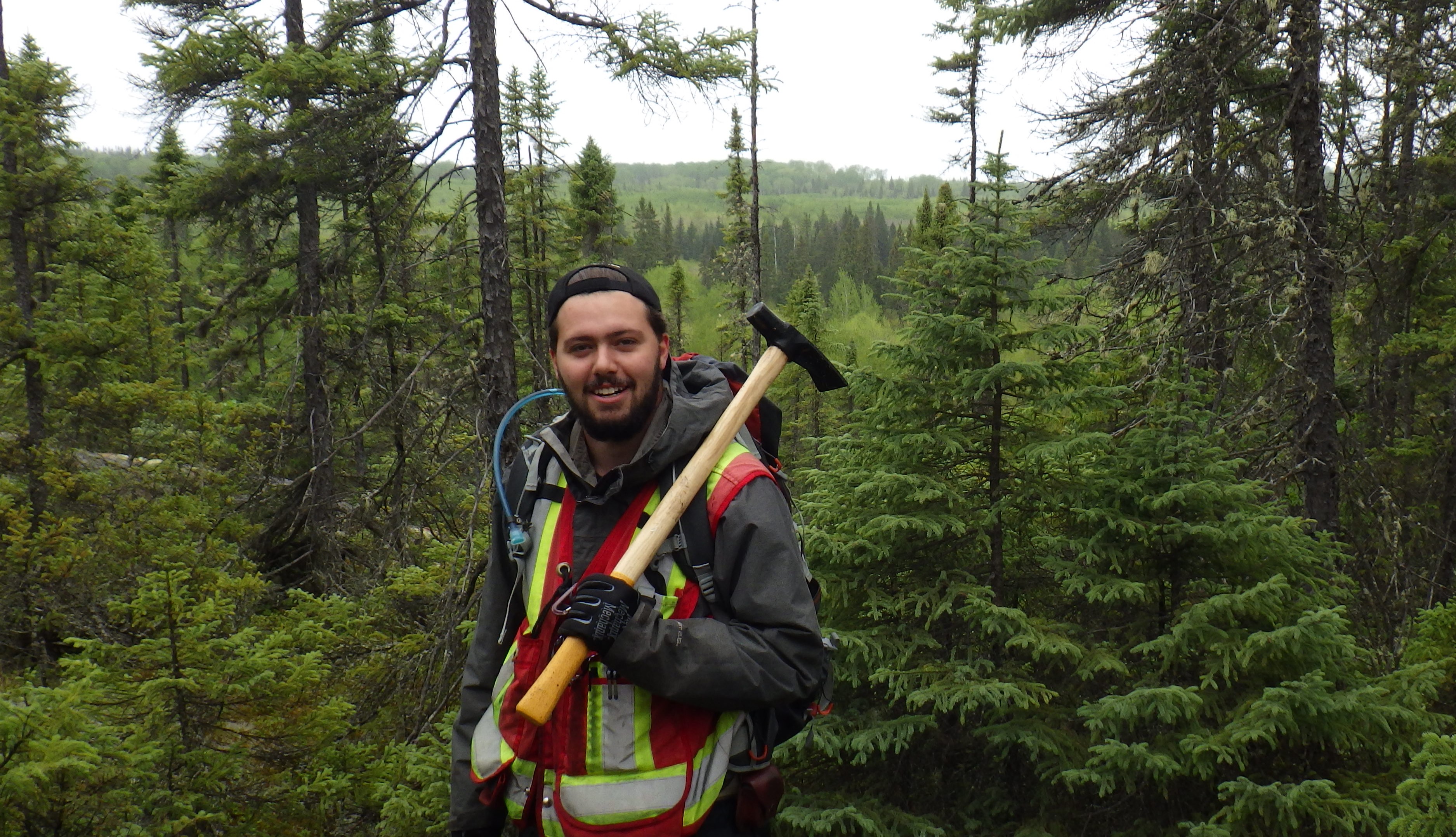 Photo: Jonathan Sutton in Rouyn-Noranda in 2018 while bedrock mapping for his MSc research.