Prior to undertaking her MSc in Geology in the midst of the Canadian Arctic, Mélanie had earned her BSc Earth Sciences, also at Laurentian University.

Mélanie’s MSc project was funded by the Geologic Survey of Canada’s GEM Program, and by Natural Resources Canada’s Polar Continental Shelf Program. Her defence committee were Harquail School of Earth Sciences professors Elizabeth Turner and Alessandro Ielpi, and Robert MacNaughton from the Geological Survey of Canada.

Pictures: Mélanie Bouchard with the late legendary Jonah Nakimayak, and sampling for her research, both pictures at Hornaday River in 2015 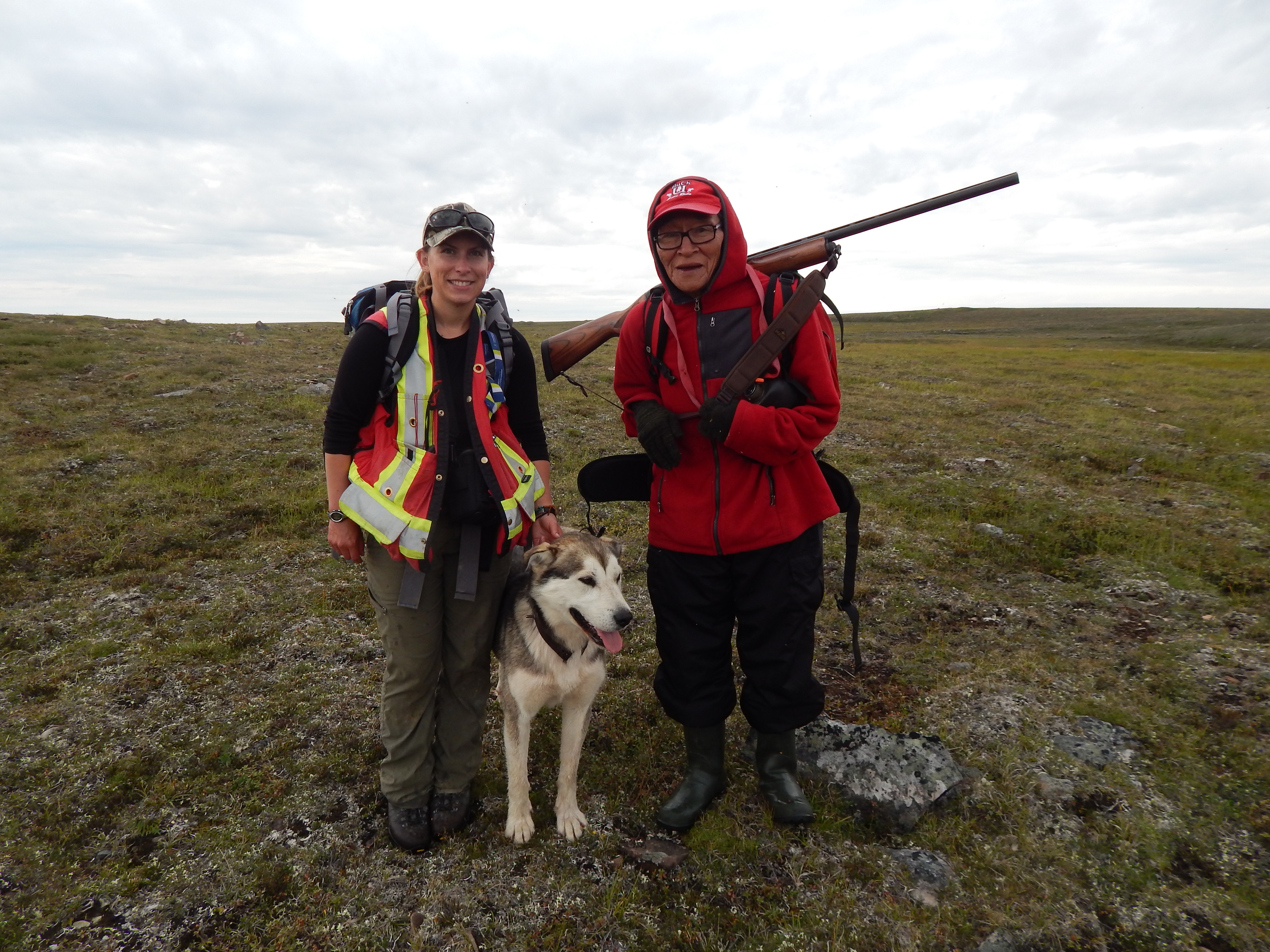 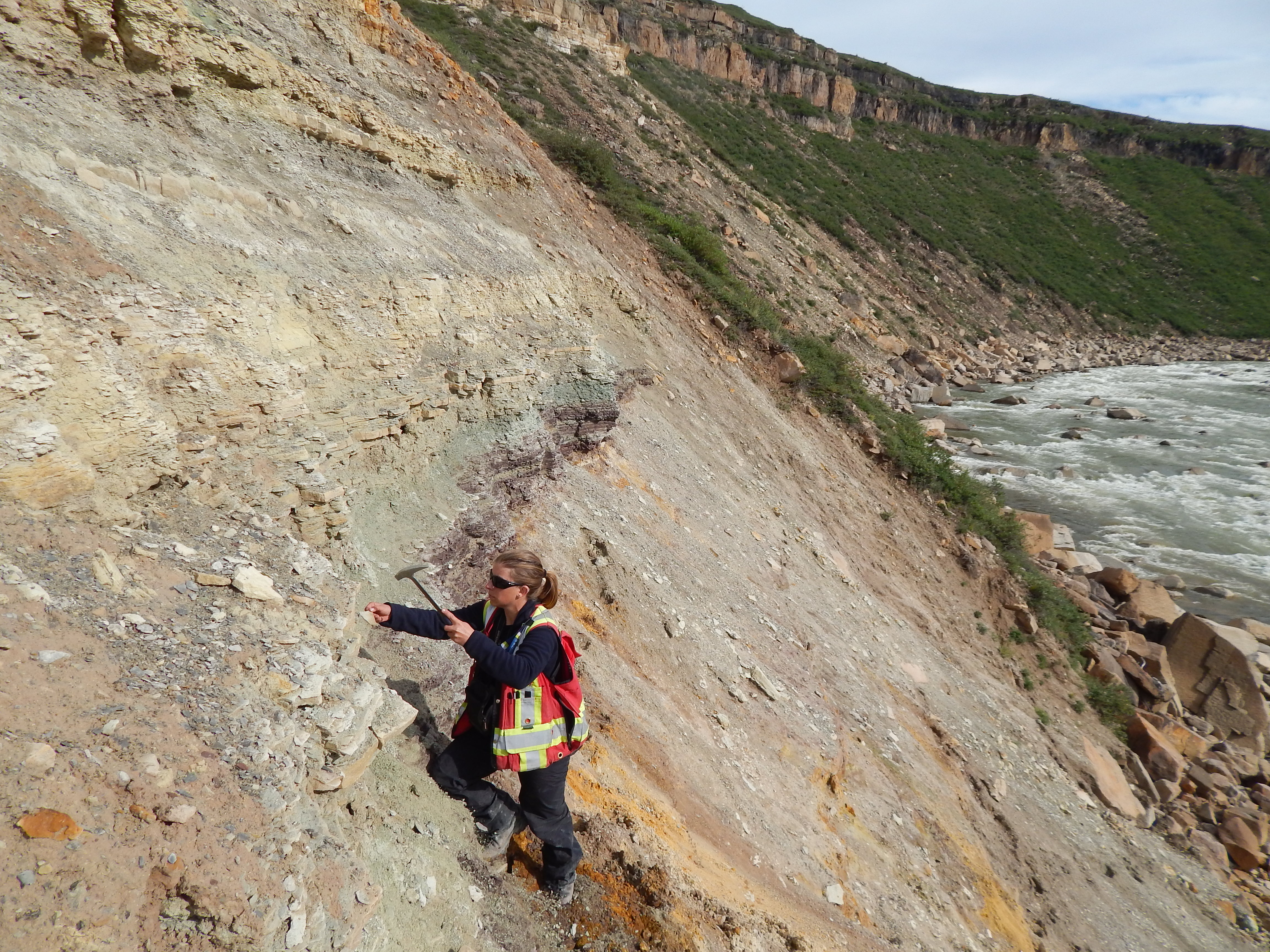