Our faculty and staff congratulate 13 graduate students and 21 undergraduate students for graduating from the Harquail School programs from this week's convocation! Best of success to everybody in your future career! The graduates who attended this week's convocation are in photos with Chancellor Steve Paikin, Interim-President Dr. Pierre Zundel - and the three PhD graduates with two of their supervisors! 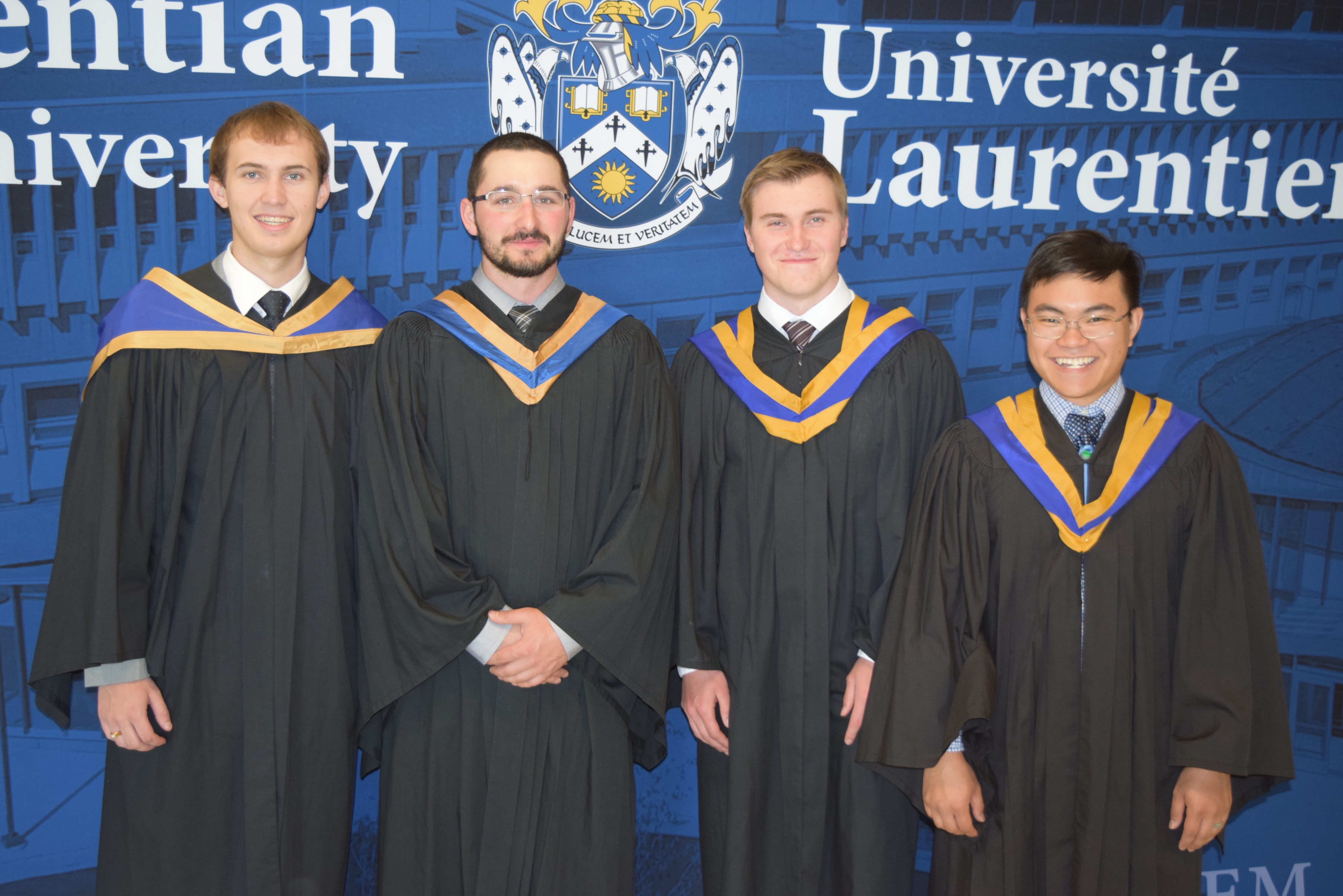 On the photo, from left to right: Graduates Kevin Kotylak, Logan Foucault, David Dickson and Derek Leung, each with a BSc Earth Sciences