Dr. Alessandro Ielpi, Assistant Professor of Sedimentology at the Harquail School of Earth Sciences of Laurentian University, has published a paper that could have far-reaching consequences in the search for life outside of Earth. Alongside Stanford University’s Mathieu Lapôtre, Prof. Ielpi has co-authored a paper that puts a promising landing site on Mars in the spotlight. 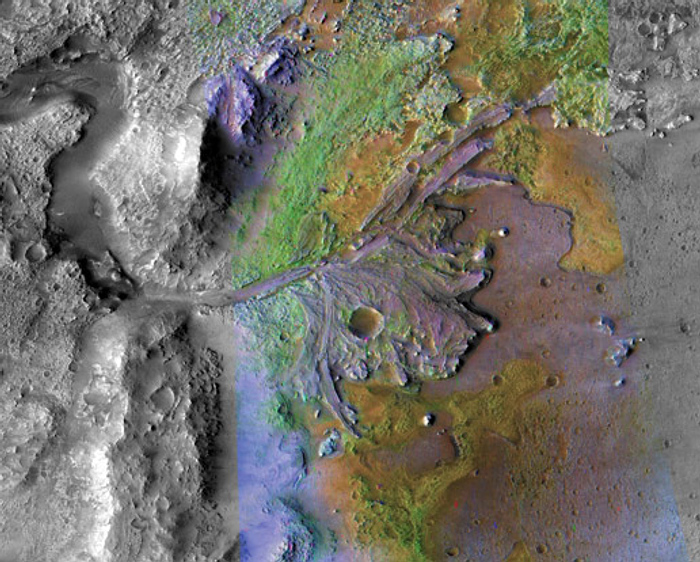 The National Aeronautics and Space Administration (NASA) has selected an ancient river delta in Mars’ Jezero crater as the site where its new Perseverance land rover will touch down. Experts believe that the area, once the site of an active waterway system, is a prime candidate for finding evidence of life on the red planet.

Professors Lapôtre and Ielpi’s paper titled "The Pace of Fluvial Meanders on Mars and Implications for the Western Delta Deposits of Jezero Crater" published this week in the new journal AGU Advances by the American Geophysical Union, contains a detailed breakdown of the Jezero delta’s landscape. It also provides key recommendations for sampling strategies once the rover will be landed and operational. Crucially, the paper predicts that sediments in ancient rivers would have been buried quickly, favoring the long-term preservation of possible organic matter.

As with all scientific research, the findings of this mission are as impossible to predict while the benefits are potentially limitless. They could provide the key to unlocking the mysteries of how life evolved on Earth and beyond. We hope Profs. Lapôtre and Ielpi’s paper proves instrumental to the space agency’s work.

"Studies like ours reinforce the importance of core scientific research aimed, for example, at searching for signs of extraterrestrial life and investigating the habitability of other planets, even during adverse times such as the ones we find ourselves in. It also demonstrates how scientists can look at Mars-like landscapes on Earth to better understand the early history of our neighbouring red planet."