On 7 June 2019, the Mineral Exploration Research Centre and Harquail School of Earth Sciences at Laurentian University and the greater geoscience community lost an esteemed colleague, friend, mentor, and award-winning scientist with the passing of Professor Jeremy Richards. Jeremy was a Tier I Canada Research Chair in the Harquail School and led a large and productive research program, including many graduate students, post-doctoral researchers, and visiting scholars who conducted research throughout the world.

Jeremy was a world leader in the regional tectonics and metallogeny of hydrothermal ore deposits, particularly porphyry and epithermal deposits, including post-subduction deposits in the Eastern Tethyan Orogenic Belt. He obtained millions of dollars in funding for his research from federal and industry sources, authored or co-authored more than 100 peer-reviewed journal articles in some of the top geoscience journals in the world, including Nature Geoscience, Geology, and Geochimica et Cosmochimica Acta, and gave over 140 invited presentations all over the world. He served as Editor of Exploration and Mining Geology, an Associate Editor of Mineralium Deposita and Economic Geology, and as Editor or Co-Editor of numerous special volumes, including the Economic Geology 100th Anniversary Volume.

Jeremy was also an impassioned advocate for sustainable development, particularly as applied to the minerals industry. Several projects examining various aspects of the industry were initiated between 2001 and 2019, five involving PhD, MSc, and MA students, and in 2002–2003 he was Chair of the Canadian Geoscience Council Standing Committee on Sustainable Mineral Resources Development. He was a keynote speaker at several international conferences, and 2009 he edited and published a book entitled Mining, Society, and a Sustainable World.

Jeremy was a highly creative researcher who generated original interpretations and new ideas, some of which resulted in provocative papers that led to debate and further research. Similarly, he did not shy away from administrative and procedural issues in science and academia that appeared to run counter to the best interests of research and education. His outspoken commentary gained him many enthusiastic followers. His interests did not stop at science. He pursued other activities with the same passion that he gave to his science - he was an avid guitarist, hiker, scuba diver, and cat lover.

His students remember him for his beautiful and insightful geological figures and meticulous attention to writing style, grammar, and punctuation, and his generosity in supervising and hosting so many students, scientists, and industry professionals from “developing” countries, including China, Iran, Pakistan, and Turkey.

For these many accomplishments Jeremy was awarded the Society of Economic Geologists Lindgren Award in 1995, the International Exchange Lectureship in 2002-2003, the Silver Medal in 2015, and the Thayer Lindsley Visiting Lectureship in 2016. He was also awarded the Geological Association of Canada Hutchison Medal in 2007, the Canadian Institute of Mining and Metallurgy Julian Boldy Memorial Award in 2007, and the Geological Association of Canada Mineral Deposits Division William Harvey Gross Award in 2001 and, most recently, their prestigious Duncan R. Derry Medal in 2019.

Professor Jeremy Richards was one of the top economic geologists in the world and will be sorely missed by his family, friends, students, and the academic community as a whole. 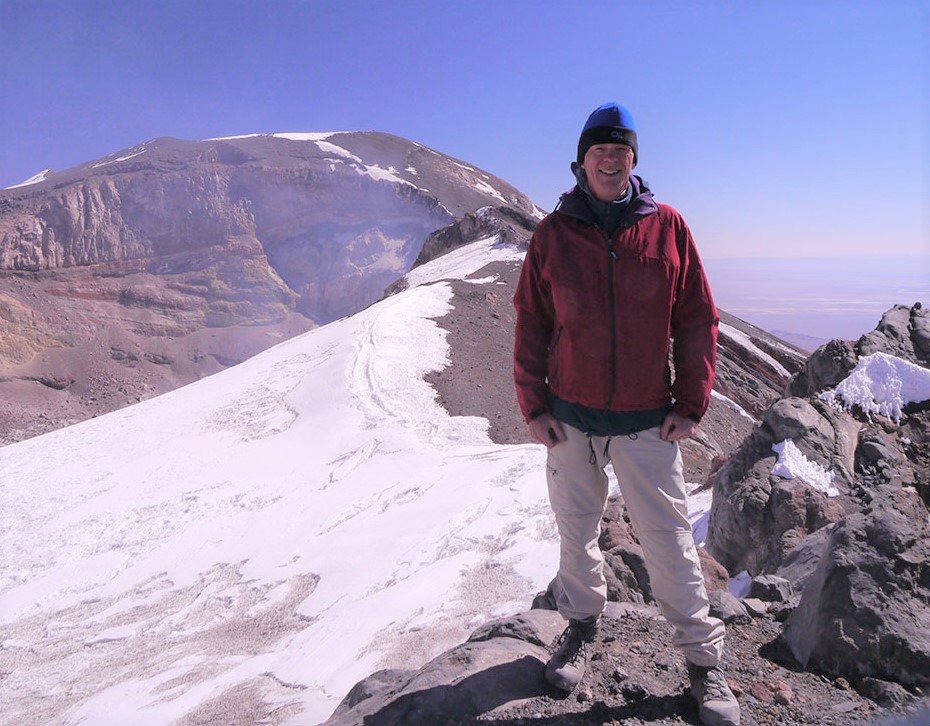