Laurentian University’s Dr. Elizabeth Turner, professor of geology at the Harquail School of Earth Sciences, co-authored a paper published in the journal Nature this week.

Earth is 4.5 billion years old, but the ‘normal’ fossil record consisting of marine shells and bones spans only the last 10% of its history (the Phanerozoic); the record of complex life on land is even shorter. This ‘obvious’ fossil record, visible to the naked eye, consists of fairly readily understood organisms representing most types of life - but there must have been an earlier history during which much of the diversity of life emerged evolutionarily but left no obvious record. Life in the first 90% of Earth history (the Precambrian) is commonly assumed to have been almost exclusively bacterial (prokaryotes), yet organisms that are more complex at a cellular level (eukaryotes) must have emerged sometime in the Precambrian. Investigating this early time of ‘hidden’ evolution is a challenging, hot topic in geological and paleobiological research.

Specimens of a microscopic fossilised fungus named Ourasphaira giraldae were extracted from one-billion-year-old (1 Ga) shale of the Grassy Bay Formation in Northwest Territories, Canada, pushing back the date for the oldest known unambiguous fungus in the fossil record by more than half a billion years. The fossils have numerous physical characteristics typical of fungi, resembling modern fungal hyphae and spores. 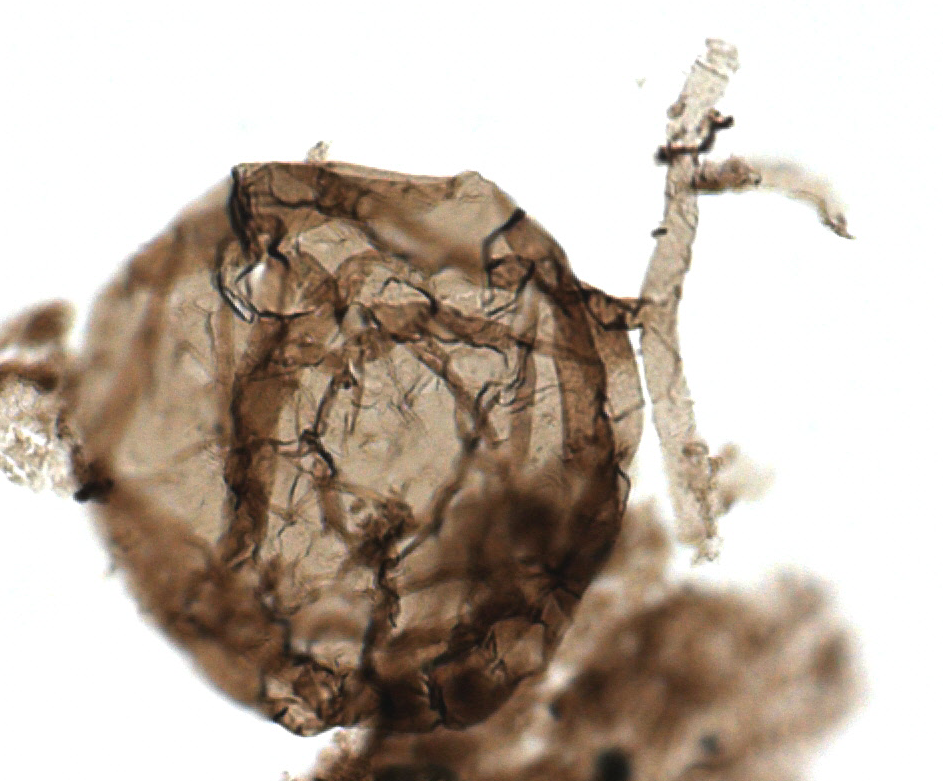 Fungi are critical components of modern ecosystems because of their role in biological cycles: they decompose organic matter and make its energy and nutrients available to be reused. In deep time, they may have played an important role in the colonisation of land, contributing to the eventual success of land plants. Despite their importance, fungi have a very sparse fossil record owing to poor preservability.

The existence of fungi a billion years ago has profound implications.